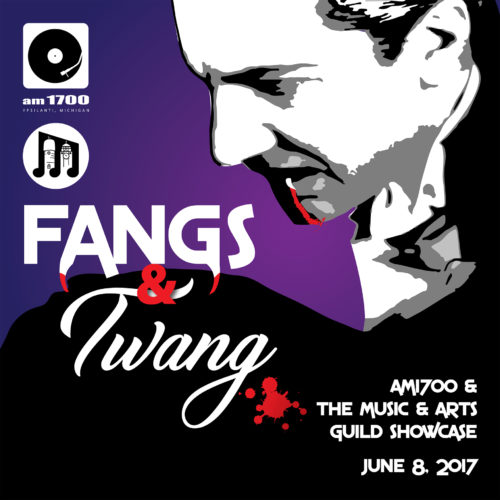 From an old converted barbershop inside the area’s largest all-nude strip club comes the fifty-fourth episode of The Music & Arts Guild Showcase with your host, James McGee.

In this week’s episode, James is back in the saddle again as station favorite, Fangs & Twang visit the station again to thrill the radio audience with tracks from their brand new album.